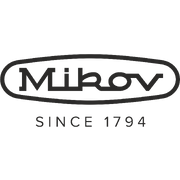 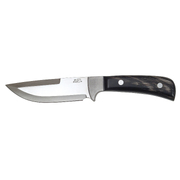 KNIFE SUPPLIES AUSTRALIA IS AN AUTHORISED DEALER OF MIKOV PRODUCTS Mikov is a world-renowned traditional producer of knives, being distributed not only around Czechia and Slovakia, but also worldwide. The first Mikov factory was founded in Mikulasovice by entrepreneur Ignaz Rösler in 1794. He produced knives, pipe heads, files, sickles, scythes and tobacco pouches. To this day, the Mikov company connects to hundreds of years of Czech knifemaking tradition, particularly in the towns of Mikulasovice and Lipova.

Knife Supplies (previously known as Tassienerida Knives) has been selling online since 2004.

All our products are 100% GENUINE and supplied in original packaging with warranty and a full money back guarantee. We are an Australian Registered Business with current ABN and GST registration and we provide TAX Invoices with all purchases. Please refer to our detailed Returns Policy available from the home page.

Reviews
Be The First To Review This Product!

Help other Knife Supplies Australia users shop smarter by writing reviews for products you have purchased. The Mercator is a traditional German pocket knife. With this new copper handle Otter gave it a new and exclusive look. Although the slim handle and classic blade were not changed. In this particularly noble version, the traditional pocket knife is equipped with a dark blade of Dragonskin damascus by Bertie Rietveld, which is hardened to 58 HRC. The classic 102 Woodsman is a true hunting knife, designed with a fine point perfect for fish and small game. Now with a version utilising Buck’s premium S35VN steel and green canvas Micarta® handles.

More From This Category The rugged construction of the knife is based on a single steel blank forging, while the outstanding ergonomics of the clever handle scale design have been enthusiastically accepted by legions of hunters.